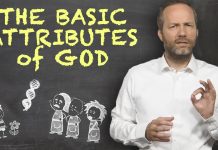 In the last episode of our series, in which we have shown similarities of construction between mathematics and religious beliefs, we will create a system based on the Axioms of Faith, and then test its practical applicability. We will call this system Biblical Christianity.

This relationship requires communication from both sides. It follows that God is trying to communicate, and because we are all His creation, at least some of the information communicated is generally applicable to all of us.

I would like, however,  to insist on the importance of the last axiom in the context of the biblical writings. The Bible presents God as not merely partially involved with His creation, but so involved that He sent His Son among us.

And God did not send His son simply to offer good teachings, in a kind of „intensive training session”, and then go back to where he came from. No, God was so involved and loving that, as Paul says “He made himself nothing by taking the very nature of a servant, being made in human likeness. … by becoming obedient to death – even death on a cross!”

In other words, a God who gives what He loves the most to redeem a creation that has rebelled against Him. These ideas, which we find everywhere in the Bible, cannot be found in any other religious texts. That’s why Christianity was rejected with such hostility in the first centuries of its existence. A God who loves His creation and gives Himself for it, is an idea allien to all other religions, except biblical Christianity.

Moreover, in the context of practical functioning, the fruits that give force to any theoretical construction, Bible-based religious thinking is the only system of thought that has brought man back to the dignity of God’s creation. Once the Bible was brought back as the foundation of societies in Northern Europe and North America, personal freedom and human rights were born, which we all enjoy today.

In contrast, from history or from our personal experience, we all know the lack of importance given to human rights or even human life in atheistic, polytheistic, pantheistic, animistic, or deistic societies in general, in which God is not involved in our lives, and man has become the measure of all things.

As a conclusion of our entire series, it is important to understand that nothing is in fact completely provable, and that any mental construction, both in science and in religion, is actually based on accepting, without proof, a fundamental set of propositions, called axioms.

They determine the branch on which you place yourself in the tree of science, of mathematics, of faith. So, if we talk about faith, depending on the axiomatic system, you are free to choose what God to embrace.

I have chosen a singular, personal, omnipresent and loving God. Be careful what you choose, so you can harvest good fruits!