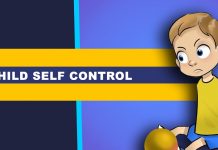 How to React when Your Child Loses Self Control – Smart Parents 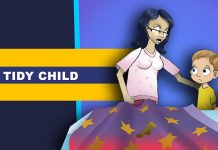 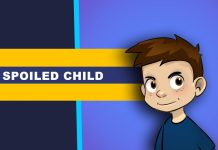 How to Deal with Your Spoiled Brat – Smart Parents 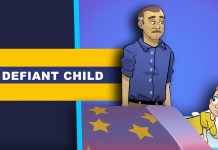 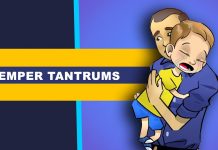 What is the most effective way to deal with the situation in which your child is lying with no shame? First of all, do not take it personally. Most children aged 3 to 9 tell lies occasionally. And, in general, parents go through the same feelings you are experiencing. Not only that, but I often feel like I have failed in my attempts to educate him properly and the result is that I end up exaggerating my own reaction. Keep in mind that at 3 years of age, although they may not be telling the truth, a child doesn’t lie in the same way we understand it as adults.
View moreClose

Moreover, it is important to keep your temper in check and identify the cause of the lying correctly. Is he afraid? Is it a form of creativity and perhaps he can’t tell the difference between real and imaginary? Is it a form of testing his power and autonomy? Is he just trying to attract attention? Is it an accident or a habit?
From the moment you become aware of the lie, behave in such a way as to create an atmosphere of trust which will encourage him to tell the truth. Keep in mind that after the deed is done, screaming at your child does not bring the broken mug back to its original state, nor does it automatically clean the bed which was wet overnight and was later hidden in the closet. If the lie was related to an act that made things dirty, unorganized, or broken into pieces,  neither turn the cleaning process into a playful moment. Of course, it is true that you don’t have to create an atmosphere of fear, but neither should you replace your disapproval by giving them a reward.
You should also avoid putting him down in private, but even more so in public. The reality is that humiliation is a very strong emotion, but it is highly ineffective “to teach him a lesson”. Instead, remind him that you trust him to be able to keep his word, and when he does, reward him, not with objects, but with positive words.
After the age of 5 or 6, your child is better able to think and make decisions. You could then present him with some situations, not having to do with major implications, but situations in which he himself could experience what it feels like when others are not trustworthy, where he can perhaps even feel the sadness one feels when someone lies to them.

Because you want your child to grow up to be an upright and trustworthy person, keep in mind that the first time he lies he’s not doing it deliberately, but rather because he doesn’t know a better way to get out of a difficult situation. It is up to you to create that trusting relationship and to make him feel at ease to come and tell you the “conflicting ideas” that cross his mind and to ask for your advice. Your parental responsibility is not to be the master of all your child’s decisions. You are there to teach them the importance of honesty and the consequences of choosing to tell a lie.
Make him accountable by agreeing together on the consequences. Take into account the gravity of the falsehood and how much time passed from the time they lied until they admitted to what happened. Be realistic and very consistent in applying the consequences you two agreed on. Empty threats will only teach your child that you don’t mean what you say and they will continue to test you in the future.

You are on the same team, so validate him for telling you the truth and take the time to talk to him. Help him to learn from his own mistakes by finding a way to overcome the problems together.

For, in the end, this is your responsibility and your efforts will be rewarded!