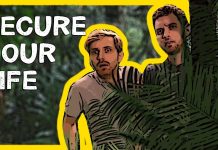 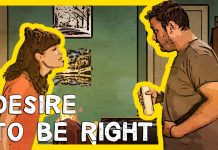 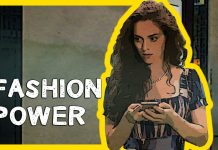 Why did Stan behave that way? The key is to found in the reaction of the people. Stan only become noticeable when they saw the odd mark on his head and began laughing at him.

This is just one example illustrating the mindset of our society. By the way, what are the worst insults that you can throw at a person nowadays? That he or she is stupid, or ugly, or that he or she was born in a bad place or comes from a disreputable family?

Some of these statements might or might not be true, but conclusively we have no choice on the matter; Who we are is who we are.

Yet, we still feel insulted and ashamed if someone taunts us about any disadvantage. At the same time, we tend to be shameless if we are called drunks, promiscuous, lazy, sly, and so on. Some of these characteristics even seem to be regarded as quite cool. To be ashamed of something that you have no control over, whilst being shameless about the things that you are incontrol of, is definitely an absurdity.

Stan’s behaviour was built on a long history of poor reactions from society, but unfortunately we cannot reasonably expect society to change unless we change. So, how can we act differently if most people around us don’t know where to place their values? While you think about this, let me give you a tip:

If you’re a mirror of what society says about you, you’ll only end up neglecting your true responsibilities.

BE SMART
CHOOSE A RESPONSIBLE LIFE